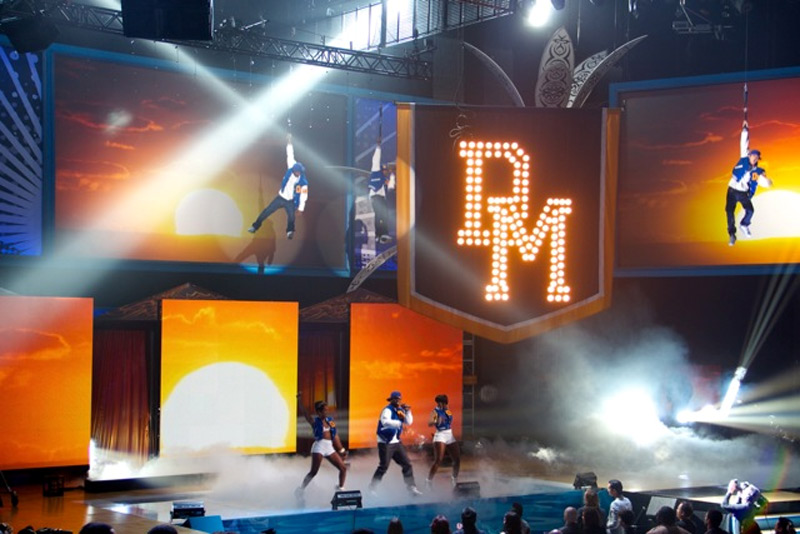 No Kidding Around. Martin Lighting a Winner at “Teen Choice Awards”

A big date on Hollywood calendars each year is the “Teen Choice Awards,” which honors the year's biggest achievements in music, movies, sports, television, fashion and more, as voted by teens.

“All in all, the clarity and color of the LC panels impressed us all and their ease to erect was fabulous,” he stated. Martin’s LC Series LED panels have proved exceptionally popular since their introduction three short years ago. Much attention has been paid to ensure that the semi-transparent, lightweight panels are easy to set up via the industry standard truss system. The panels are service friendly and require no cumbersome external power supply.

“I was very happy with the Atomic strobes and 2000 Wash XB’s for the look [set designer and art director] Steve Bass and Kristen Merlino and I achieved,” Kenny added. Lighting vendor for the event was VER of Nashville.

The star-studded Awards show scored high in the ratings with "A" rated stars like Sandra Bullock, David Beckham, and the casts of “Glee” and “The Twilight Saga” coming out for the event, which featured live performances by Katy Perry, Jason Derulo, and Travie McCoy and Bruno.