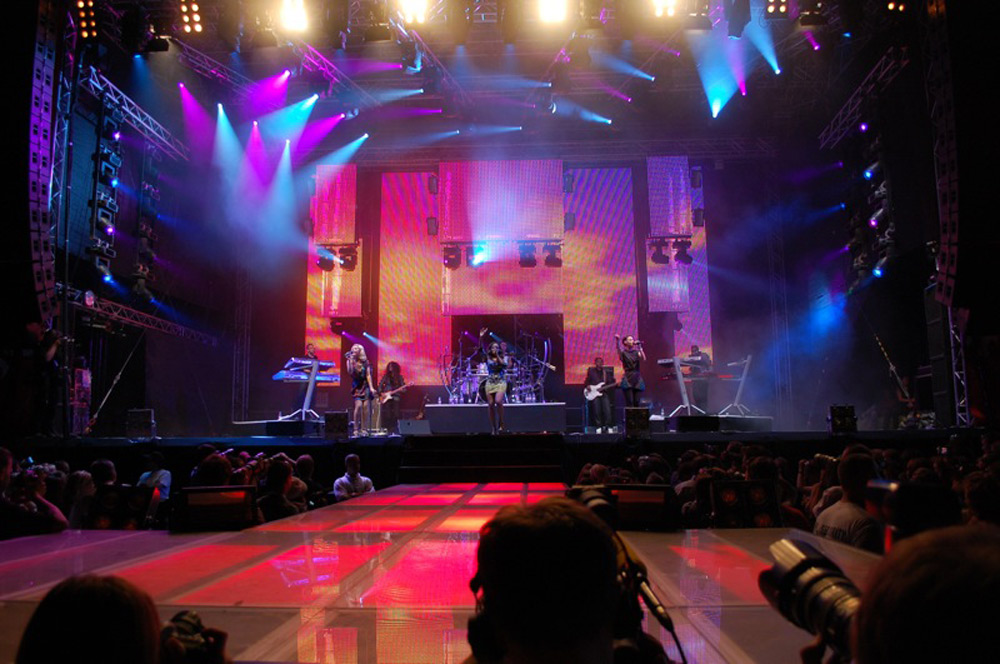 More than 60,000 guests attended the fifth edition of the RPR1 Rhineland-Palatinate Open-Air festival in Mainz, Germany with ACTIONLIGHT Veranstaltungstechnik GmbH of Koblenz providing a host of Martin gear as the main technical services provider for the event (lighting, creative video and live video.)

Some 28 Martin LC Series™ LED panels, hung at varying levels, dominated the stage design. As the festival required an extremely convertible stage design, the LC panels served as backline cover for the main acts and then were quickly arranged in a new configuration.
A Martin Maxedia™ media server composed and animated the video content while Martin’s new P3-100 Controller proved itself a very capable, intelligent interface for extremely smooth and fluid imagery. The operator was confronted with a special challenge as the set lists were available only a few minutes before the performances started.

Producing an attractive interaction of light and video were numerous MAC 700 Profiles™, mounted on three levels and used to illuminate every part of the stage. Several MAC 700 Washes™ were positioned on special steel constructions to act as side lights while at the edge of the stage eight MAC III Profiles™ provided creative floor lighting effects.

The event’s organizer was delighted, commenting that the lighting design “the best design the festival has ever seen.” Minister President Kurt Beck even expressed thanks to all parties involved for this “unique event.”