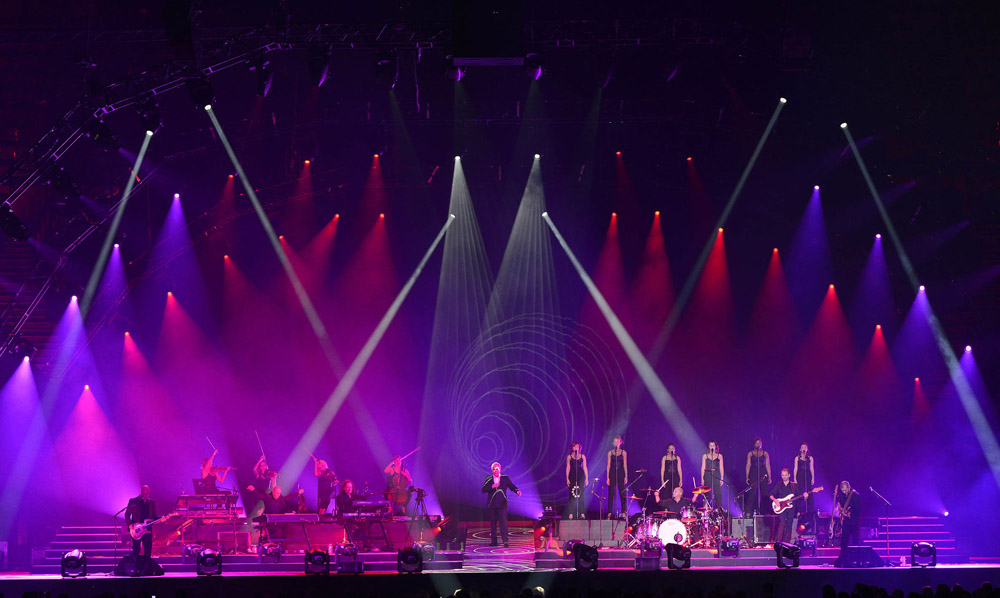 In late 2012, Michel Sardou began a four-month "Les Grands Moments" tour across France, revisiting his biggest hits in a truly energetic show. Lighting designer Jacques Rouveyrollis used just one type of spotlight on stage throughout the tour - the MAC Viper Profile – a somewhat bold choice given it was the lighting fixture’s French début, but one that delivered on all its promises.

MAC Viper in the spotlight
A total of 93 MAC Viper Profiles, supplied by the Dushow Group (who currently have 160 in total), were installed, 56 equally spaced over three gantries and 37 on the floor spread across four levels.

No traditional spotlights were used – a rare occurrence for such a show. The simple lighting plan acted as the sole stage design element and provided the performance area with structure by offering a wide variety of effects. At front of house, 6 MAC III Performances™ were installed behind the control desk for extra punch.

The MAC Viper also gave scope to a variety of effects thanks to the gobos it offers from two 5-slot rotating gobo wheels. Jacques Rouveyrollis was able to make the most of the graphics both within the space and as projection, and also had the chance to incorporate animation looks from the fixture’s FX wheel into his design.

Compact yet powerful
Another advantage of the MAC Viper on the "Les Grands Moments" tour was its size. Increased power typically means increased size but that's not the case with the Viper, whose compact and lightweight format eases the riggers' work, a significant advantage on such a long tour. What’s more, its compact format doesn’t compromise on power since the MAC Viper can reach a light intensity of 26,000 lumens (brighter than 1200 W models available on the market). All that from a lamp rated at only 1000 W, meaning the energy saved is considerable - about 100 kW of total power used for the Vipers in the rig compared with 600 kW on traditionally lit tours. On the "Les Grands Moments" tour, that power savings allowed for enough headroom to create an intense light curtain as a backdrop.