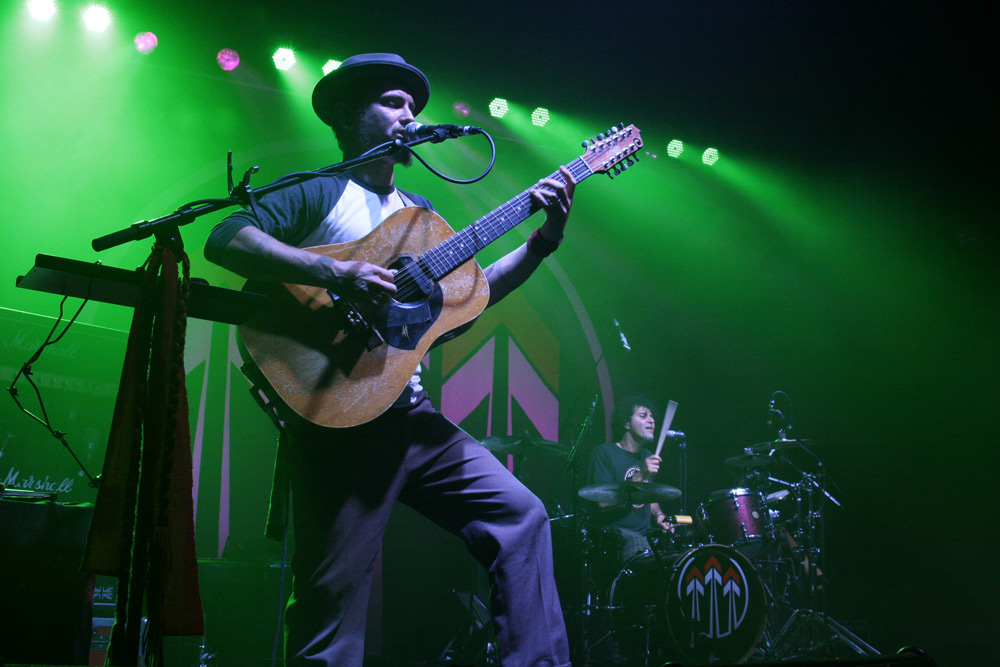 The John Butler Trio Get Energy Efficient with MAC 301 Wash™

Emissions associated with the tour (such as electricity generated from the shows, air and road transportation, including touring party and freight) was calculated and a reinvestment made into renewable energy projects. This effectively balanced out the impact the “One Way Road” tour had on the climate and is a positive investment to assist the current situation of global warming.

People traveling to the concert by carbon transport even had the opportunity to purchase a Green ticket which incurred an extra cost of 50 cents – this money was also donated to renewable energy projects to help make this a truly carbon neutral tour.

The obvious path for lighting designer Dave Jackson was to use LED fixtures in the show and he opted for the new Martin MAC 301™ LED moving head washlight. A total of sixteen MAC 301 Wash fixtures were in the rig: eight on the front truss and eight on the back truss.

“I was a little bit hesitant to use them but they proved to be quite good,” remarked Jackson. “They have nice color saturation and are great as front truss profiles. I needed to design a rig that ran off one 32 amp and we did.”

Twelve Martin MAC 250 Beams™ were also in the rig: six on the back truss and six on the floor. Added to that were eight Martin StageBar 54™ LED fixtures to light the cyc and four Kupo 8 Liters.

“It was a fairly standard set up as John doesn’t like a lot of movement or flashy stuff,” added Jackson. “It’s all about setting scenes and the MAC 301 fixtures were perfect for that as you get a really nice beam out of them that contrasts well with the narrow beams out of the MAC 250s.”

Photos for this story were taken at Sydney’s Enmore Theatre where the production was supplied by Entertainment Installations who acquire their Martin gear from Martin’s Australian distributor Show Technology.