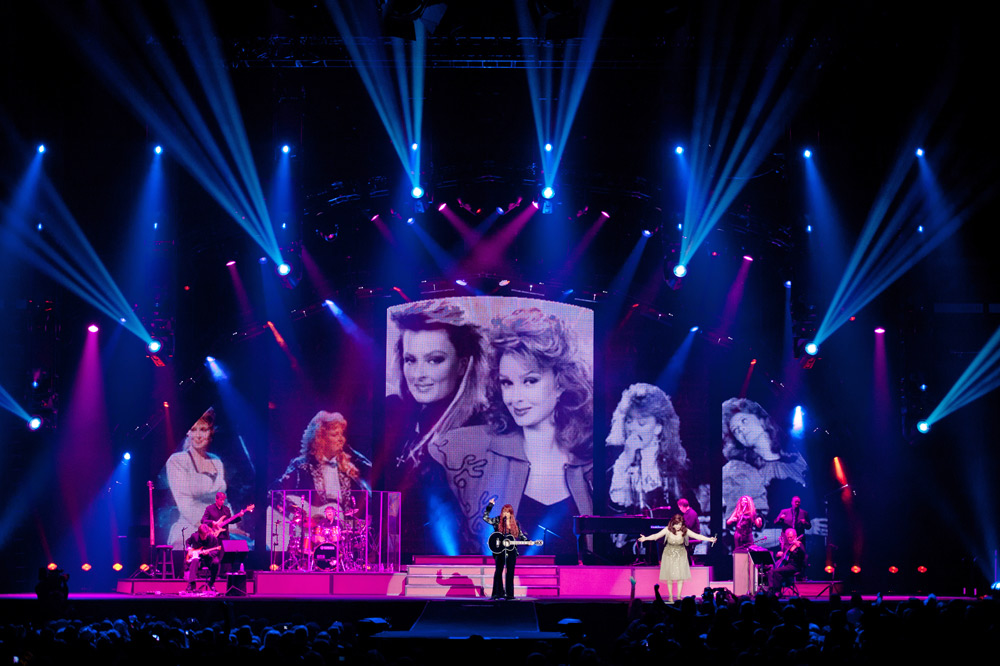 The Judds Go Martin for “The Last Encore”

Production Designer John Featherstone of Lightswitch turned to a classic design, one that reflected the duo’s 1980’s popularity, yet with updated contemporary elements. The design also fulfilled The Judds’ wish to create an intimate setting suitable for more personal narrative, despite the fact the tour played in large venues.

An avid user of Martin gear, Featherstone incorporated the 1500-watt MAC III Profile into one of his designs for the first time. He stated, “With a big, bright LED wall we needed something that would slice through that with defined beams, something that could overcome a lot of light competition. The MAC III Profile provides the crispest, sharpest beam and gobo looks.

”He also appreciated another key component of the MAC III Profile’s feature set, a wide-range CMY color mixing system with fixed color wheel. “From super saturated colors that are rich and thick to feminine pastels, the MAC III allowed us to cover the wide variety of songs that The Judds sing, from ballads to rock and roll. The color mechanism in the MAC III gives you both.

”Lightswitch’s Dennis Connors programmed the rig on a Martin Maxxyz™ lighting console with video delivered via a Martin Maxedia Broadcast™ media server. Media content came from Lightswitch’s stock library as well as content creator Austin Shapely of Vision Visuals and included both retrospective material of The Judds and image abstraction.

“The Last Encore” tour played dates throughout December but has added select shows through January.