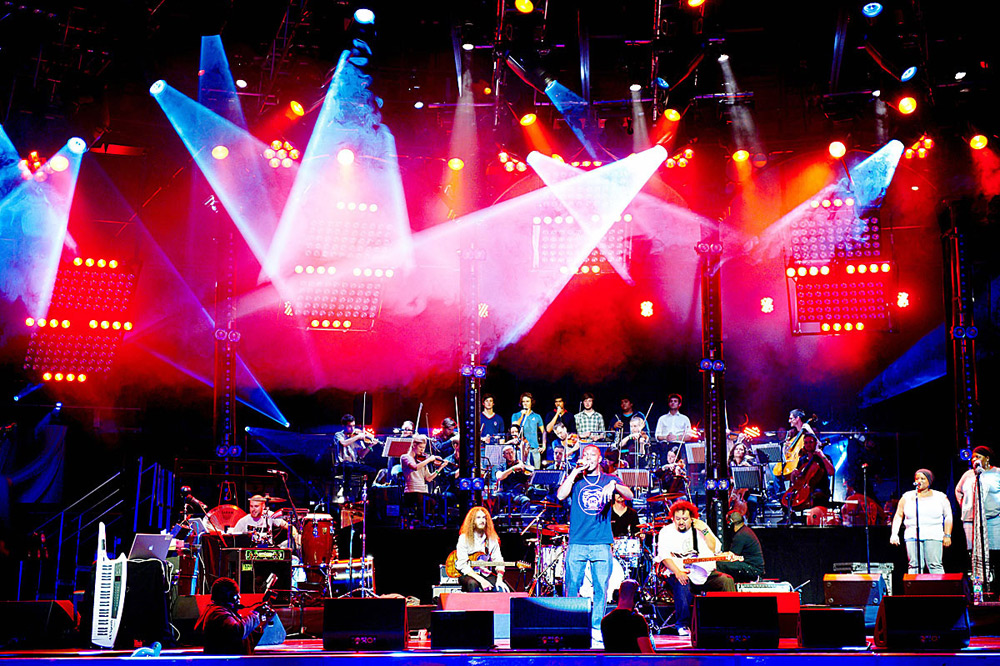 Leitch, familiar with the MAC III Profile from a Radio One Big Weekend show he worked, says he was so impressed with their optics that they were the obvious choice for the BBC Electric Proms where quality is a paramount consideration.

Spread across eight spine trusses, Leitch says of the Martin luminaires, “I just could not have been happier with the decision to go with the MACs for this year’s BBC Electric Proms. The MAC III Profile is a perfect match for the MAC 2000 Wash.”

He also had praise for the MAC III’s scope of zoom and 100% reliability. “The build quality of the MAC III is top class – we did not experience one single failure during seven days of operation during which time the rig was never turned off due to programming / show schedule. The MAC IIIs delivered on every aspect – the color temp match was perfect and there is so much headroom for TV,” Leitch concluded.