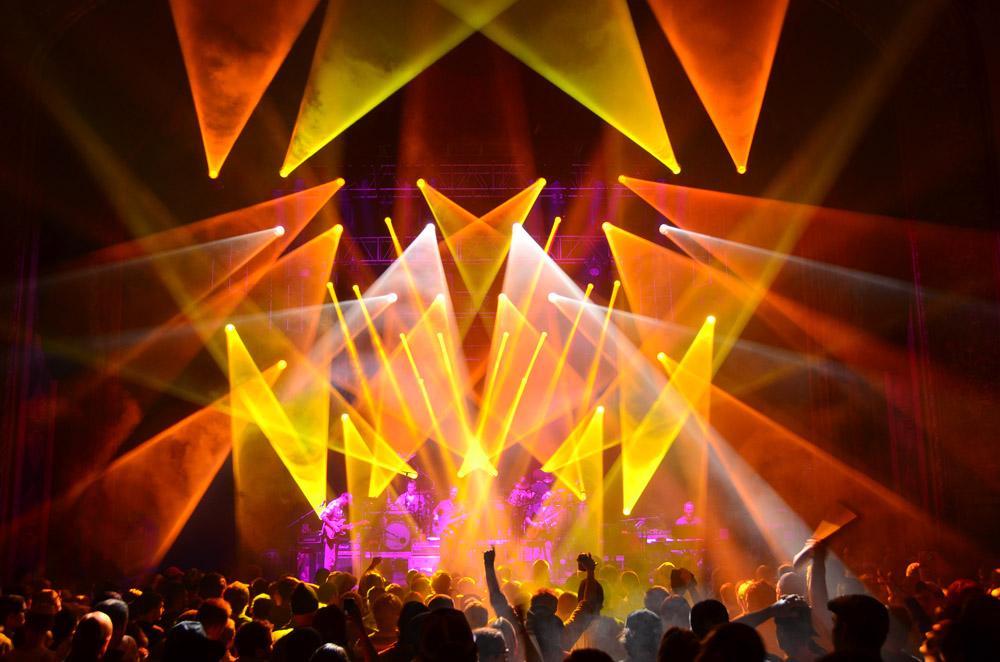 New U.S. production company ECTO Productions, based in Chicago, has recently made its first lighting purchase of exclusively Martin fixtures and is supplying Martin Professional’s MAC Viper Profile™ for the Umphrey’s McGee tour with lighting design by Jefferson Waful.

“All of ECTO’s gear is brand new and working great and we couldn't be happier with them,” says Jefferson, who also handles lighting direction on the tour. “The Viper was the obvious choice,” he says of his decision to use the 1000 W profile. “I find the sharp focus of the aerial gobos to be my favorite feature, in addition to the brightness of the beam and the lightweight body.”

The American jam band played a large variety of venues across the U.S. this fall from Austin City Limits to Red Rocks Amphitheatre to the newly renovated Capitol Theatre in Port Chester, NY.
With such a diversity of load specs to deal with, fixture size and weight can be an issue. The 1000 W Viper, which comes in at 81 lbs (37 kg) and 29 in (73 cm), a design smaller than 1200 W fixtures, kicks out a 1200 W beating 26000 lumens of power.

“We play such different sized venues it really varies from night to night,” Jefferson says. “We're happy with the convenience of the size and weight of the Viper based on how bright it is.”

The core of the show is built up around Martin MAC III Profile™ fixtures located on the upstage truss and floor while the Vipers’ position changes depending on the venue but are typically mounted on a midstage or downstage truss with occasional use in the floor package.

A second U.S. leg is scheduled to kick off in late December. Jefferson, who has been working with the band since 2008, recognizes the Umphrey's McGee crew “who I am lucky enough to work with every day,” he says. That includes Bob Ston, Robbie Williams, Chris Mitchell, Andrew Queen, Bobby Haight, Louie Meyette and Steve Britches. “I couldn't do what I do without those guys who help us get the show up and running every day. We truly are a team.”