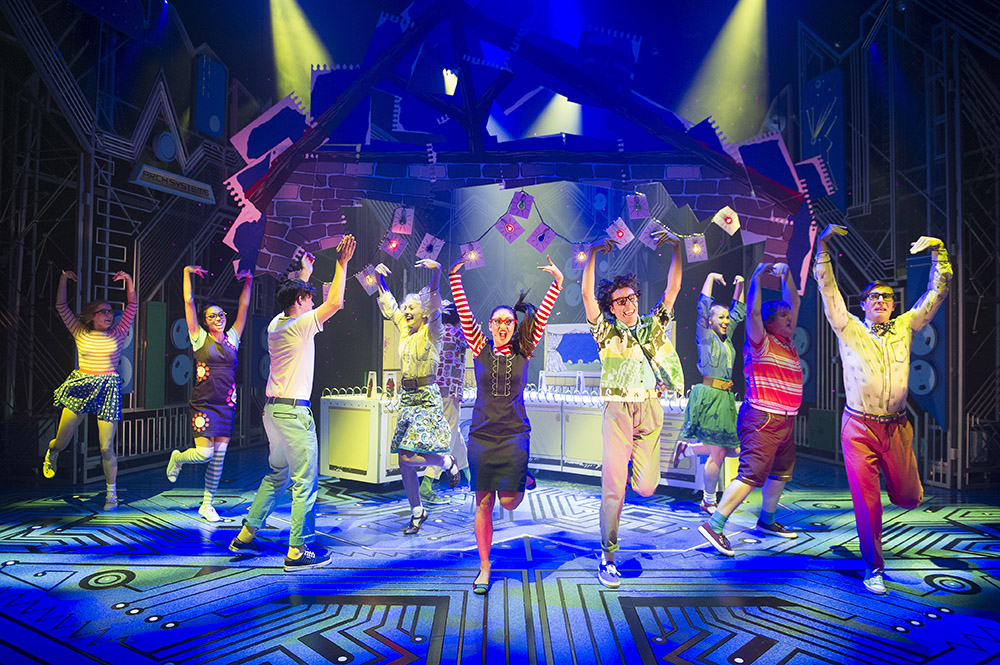 White Light is leading the way in the West End, supplying the latest lighting innovations, including Martin Professional’s new MAC Viper Profile, for the debut of a brand new British musical that has the town talking.

With the recent opening of “Loserville” at the Garrick Theatre, James Bourne and Elliot Davis have delivered to the West End both a fresh new energy and a return to the essentials of musical storytelling. The production brings together a notable collection of experienced artists and emerging talent, with many in the cast and production team making their West End debut.

For “Loserville’s” move to the Garrick Theatre, transferring from West Yorkshire Playhouse in Leeds, LD Howard Harrison turned to entertainment lighting specialist White Light to supply lighting equipment and solutions for the production. The move meant substantial changes in space and layout for the scenic design, which reconfigures several times during the show. It also gave Harrison the chance to bring in some new technology. The Martin MAC Viper made its West End debut with the show, helping Harrison achieve an appropriately punchy and colorful design.

“To completely immerse the audience in the world of the show, I needed small, bright fixtures that could complement the energy of the characters and their story,” Harrison said. Intensity and reliability were key considerations in his choice. He added, “The Vipers gave me the punch that I was hoping for. They are super bright, with a nice even field, and they work really well every time – which is exactly what you want for a West End show.”

Harrison specified the Martin Vipers after seeing them at the PLASA 2012 show in London this September, where the product won the coveted PLASA Award for Innovation. The Viper Profiles deliver an impressive 26,000 lumens with a 1000 W HID light source – making them brighter and more efficient than even 1200 W profiles currently on the market.

If Harrison’s view is any indication, the MAC Vipers have found a home in the West End. “I will definitely use them again in the future.” he said.

With “Loserville,” White Light continues a legacy of providing the latest lighting equipment and solutions to debut theatre productions in London’s West End and around the world including “Billy Elliot,” “The Bodyguard,” “Matilda,” “War Horse,” “Miss Saigon,” and the upcoming “Viva Forever.”