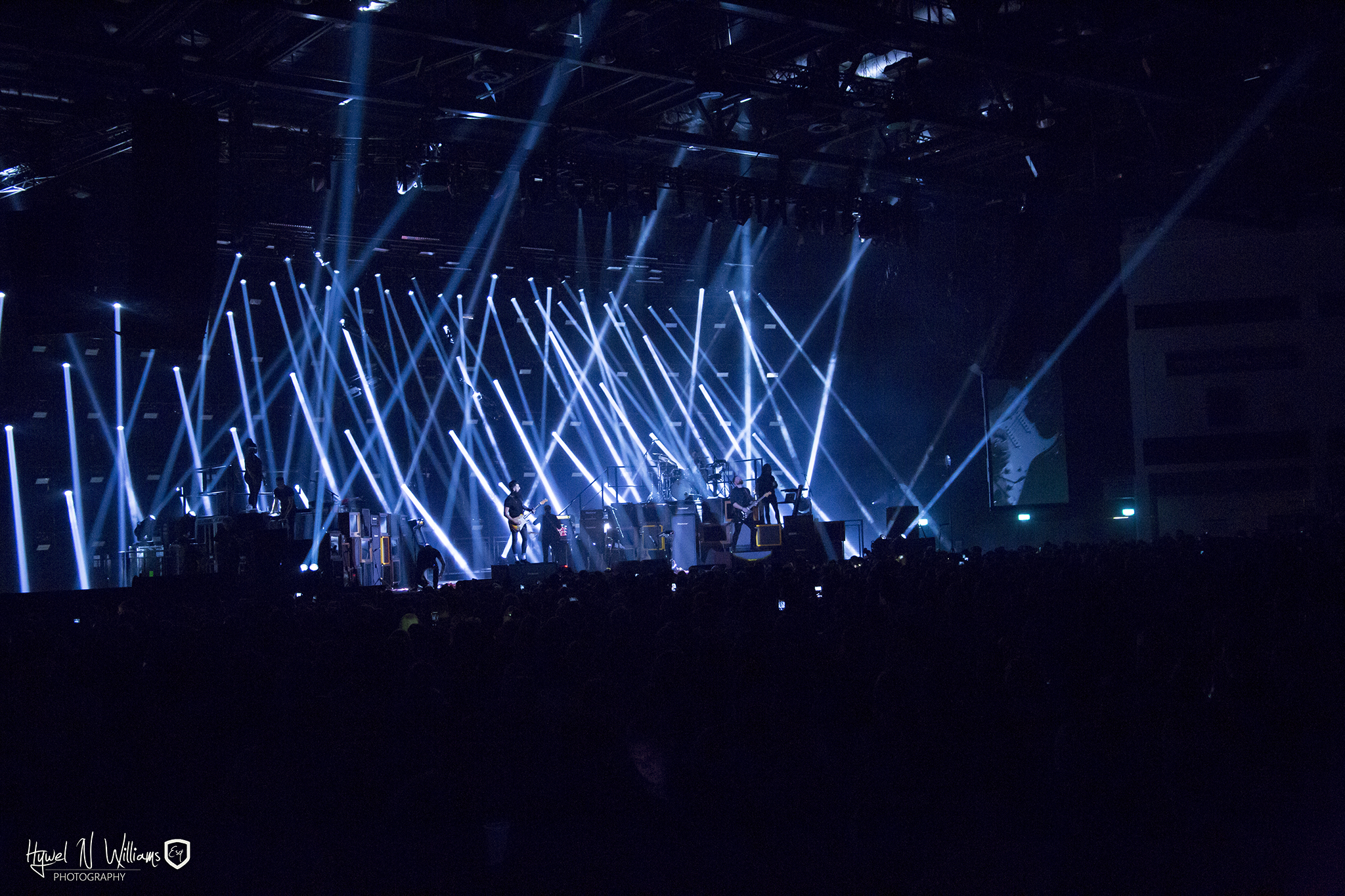 James Arthur is a rising artist in the UK music industry, scoring numerous chart-toppers and awards since winning the ninth season of “The X Factor” in 2012. In support of his new album “Back From The Edge,” Arthur recently embarked on his first ever UK arena tour. Tour Manager JP Firmin and Creative Director Meggan McKenzie from UK creative production company The Live Dept. hired Straun to join their team, and together created a fresh and exciting lighting design for the tour. Straun partnered with McKenzie, tour Lighting Director Dan Williams and lighting supplier Christie Lites to create a dynamic visual experience for the tour, powered by a robust selection of Martin fixtures.

“Meggan and I worked on one of James Arthur’s earlier tours, but we really had to scale up the visual production for his first arena tour,” said Straun. “James’s new direction is less pop-oriented—he wants his concerts to feel like a classic rock and roll show. The goal was designing a dynamic show that takes the audience on a ride from beginning to end. The Martin-based rig definitely helped us match his high-energy performances with immersive visuals.”

“We were proud to be involved with James Arthur’s recent “Back From The Edge” UK arena tour,” said Andrew Strachan, Account Representative, Christie Lites. “The MAC Axiom Hybrid, MAC Viper Performance, and MAC Viper AirFX are extremely powerful and versatile fixtures, and they enabled Michael to achieve a wide range of looks with a minimal footprint.”

Straun’s main objective was to support each performance with a dynamic lighting display that could evolve over the course of the evening. When designing the system, he wanted to minimize the time needed for load-in and deployment, while delivering the power and flexibility of an arena-sized rig. The versatility of Martin fixtures allowed Straun to create an impactful show that is both dynamic and fresh with a modest number of instruments.

“For me, the goal was to build a dynamic show that takes the audience on a ride, with different acts to keep each song fresh and engaging,” said Straun. “We grab the audience’s attention right away by using the rig in its entirety during the first song. After that, we strip back some of the elements, and then build it up again until the finale. Thanks to the power and versatility of the Martin fixtures, I was able to achieve unique looks for each song, and make a huge impact without needing a massive rig.”

For key lighting, MAC Viper Performance enables Straun to provide focused spots on Arthur and his band, without washing out the entire stage. Straun also included MAC Viper AirFX on the main trusses to offer a combination of hard-edge, mid-air effects and powerful washes. To enhance the stage’s backdrop, MAC Axiom Hybrids were suspended from vertical ladders behind the stage, alternatively providing beam, spot and lush textures.

“As a lighting designer, you want to create balanced natural light for the performer, but you don’t want to wash out your looks,” said Straun. “I love the Viper Performance fixtures because they provide very balanced key light, but you can shutter them in to create real tight framing that doesn’t spill across the stage. The Axiom Hybrids were excellent because I could use them for beam, spot and wash applications, or drop in a gobo to create in-your-face textures without blinding the audience. We also used Atomic 3000 LED strobes to add some punch to the stage for the more rocky songs.”