NW Group Rises Above the Competition with HARMAN Professional Solutions 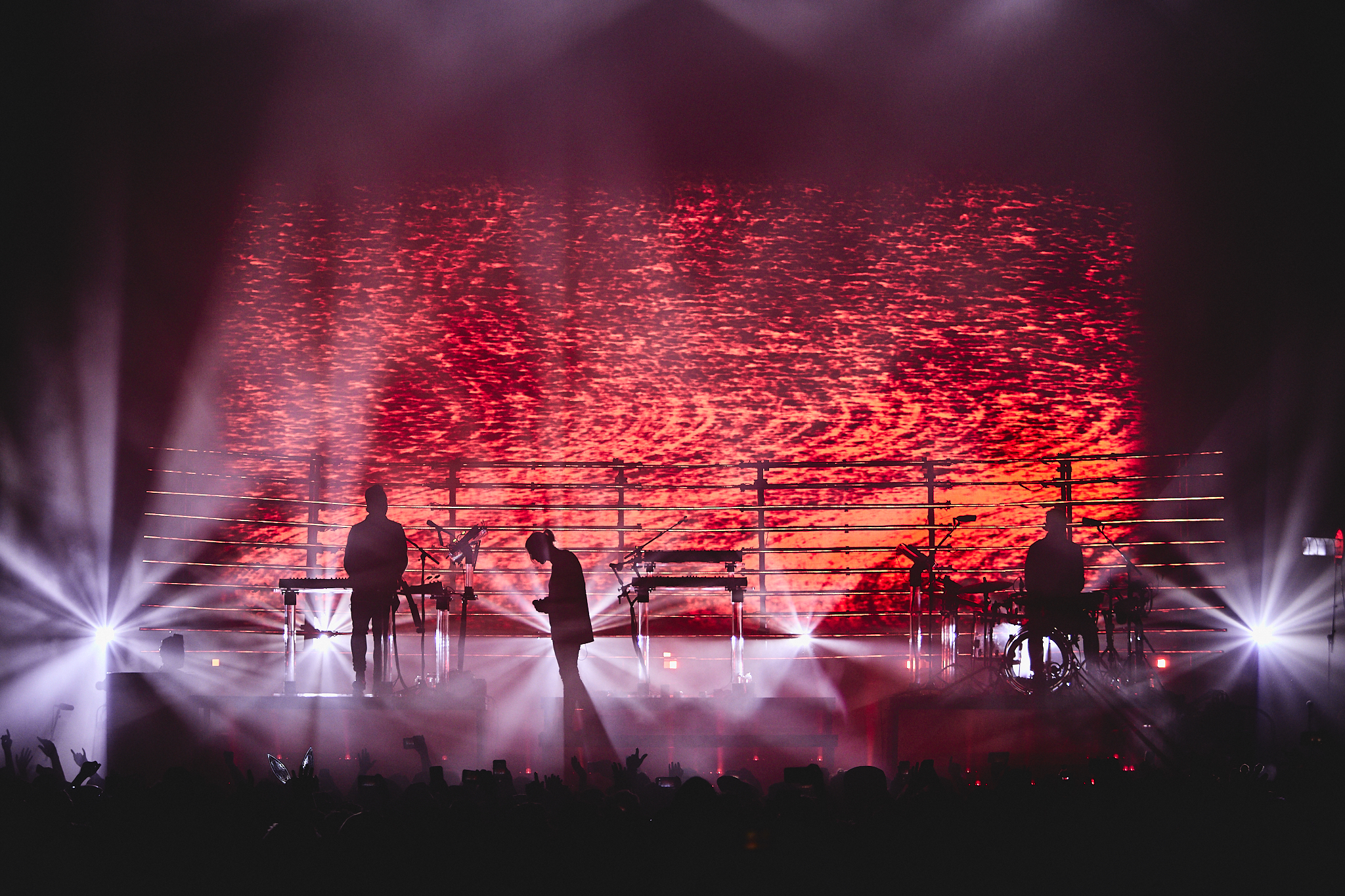 “Colourblind developed a design concept and worked with us to evolve it from the first drawing to what became the final rig,” said James Watt, Production Manager at Brown Note Productions. “The Sceptron structure behind the band was a fundamental project to figure out, especially to make it tour-friendly while getting them the look they wanted. They knew what they wanted, and we had to figure out how to pull it off pull it off realistically to make it easy to build every day.”

The LED grid behind the band is comprised of 120 VDO Sceptron 10 linear LED fixtures arranged in ten rows. The structure spans the entire stage, with a gentle curve that wraps around on each side. Behind the grid is a massive video screen displaying custom-made visuals. Throughout the show, the Sceptron fixtures alternate between displaying synchronized video content and contrasting lighting effects. The Sceptrons’ integrated power and data connectors make setup and teardown easy, maximizing efficiency for Brown Note’s crew.

“The thing I really like about the Sceptrons and the way we're using them on this tour is that they can be used as a lighting fixture and a video fixture as well,” said Matthew Smith, Senior Lighting Designer at Colourblind. “There are a few points in the show where we're using the whole structure as one big light source, but we're also running custom video content as well. You can get these really striking strobe looks out of it, and also have some really elegant textures and patterns going on as well.”

Brown Note also provided 14 Martin MAC Aura fixtures for wash lighting. The Auras are mounted on trusses upstage, downstage, stage right, stage left and overhead to provide even coverage from all angles. With a broad color palette and 3850-lumen output, the Aura fixtures provide ample power and versatility for the energetic show. The Auras’ compact, lightweight design and low power consumption makes them the ideal choice for the demanding, nonstop schedule of the Solace tour.

“The MAC Aura has been one of the most robust lights that we have ever purchased,” said Ryan Knutson, President of Brown Note Productions. “A lot of different events and designers still use it because it gives such a great light and it’s lasted through a lot of different designs and new technologies like LED. It's a long-lasting product that still continues to do amazing work for us. We can barely keep them in stock.”

The North American leg of RÜFÜS DU SOL’s Solace tour ran from October 24th to November 25th, before the band continued on to Europe and the UK. After a holiday break, they resumed touring across Australia and South America, adding additional North American dates from April to October 2019, due to popular demand.

HARMAN (harman.com) designs and engineers connected products and solutions for automakers, consumers, and enterprises worldwide, including connected car systems, audio and visual products, enterprise automation solutions; and services supporting the Internet of Things. With leading brands including AKG®, Harman Kardon®, Infinity®, JBL®, Lexicon®, Mark Levinson® and Revel®, HARMAN is admired by audiophiles, musicians and the entertainment venues where they perform around the world. More than 50 million automobiles on the road today are equipped with HARMAN audio and connected car systems. Our software services power billions of mobile devices and systems that are connected, integrated and secure across all platforms, from work and home to car and mobile. HARMAN has a workforce of approximately 30,000 people across the Americas, Europe, and Asia. In March 2017, HARMAN became a wholly-owned subsidiary of Samsung Electronics Co., Ltd.